Adding a Starting Animation to Your Screen 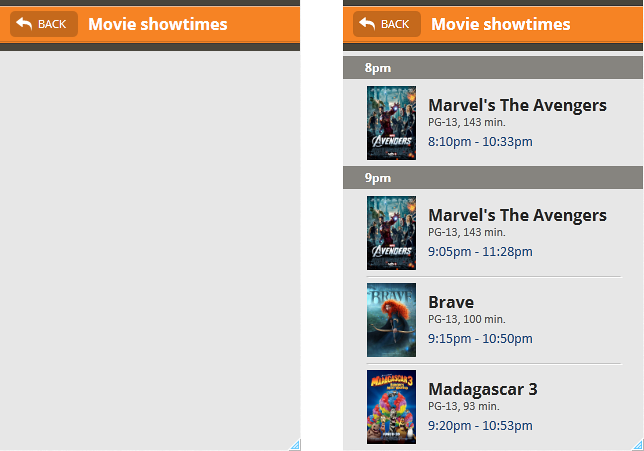 We're starting with a screen that has:

The group must have its transparency set to the maximum level, but we've changed this setting so the group can be seen in the picture. The header is not necessary for the procedure. The main thing is to set up the screen the way you want it to look initially, and Indigo can use what you have designed so far as the starting point for the opening animation. 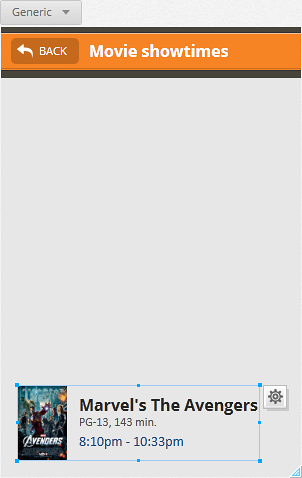 Start, Stop and duration information is displayed as you hover over an item in the panel.

The preview runs and you can see your animation.