Interactions are one of Indigo Studio's biggest strengths, giving you the ability to generate interactive prototypes very easily. One step ahead of static wireframes or clickable mockups, Indigo lets you explore and create interactive, animated design concepts quickly with little effort.

At the end of this topic, you will have a screen with a hover interaction that causes a change in the transparency of an image. The following images show how the cupcake logo changes after the interaction takes place. 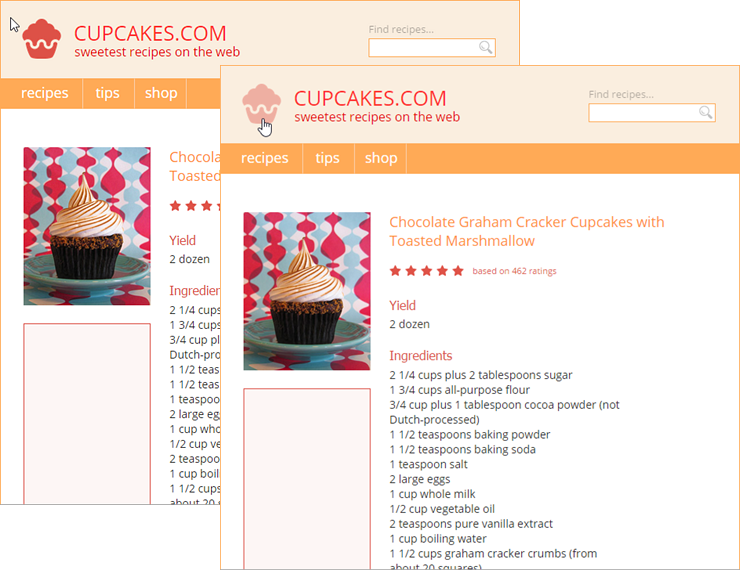 We're starting with a screen containing an image. The screen in this example belongs to the RecipeLater sample, which you can find in the Workspaces tab in the Application Menu.

Here are the main steps of the procedure:

You're now designing the changes that will happen when the user hovers over the image. You can see the state name in the Screen Interactions dropdown.

New states are named based on the user action you picked and the element involved in the interaction. So, if you had an image named cupcake and you added a Hovers Over interaction, the default state name will be Hovering cupcake. You can change this name but if you don't, Indigo will keep it up to date if you decide to change the user action or element name later on.

(a-2) 2. Make changes to the screen as a result of the interaction.

(a-3) 3. (Optional) Verify the new state added in the Screen Interactions Explorer.

If the Mini Explorer is displayed, click on the icon to display the full Interactions Explorer. 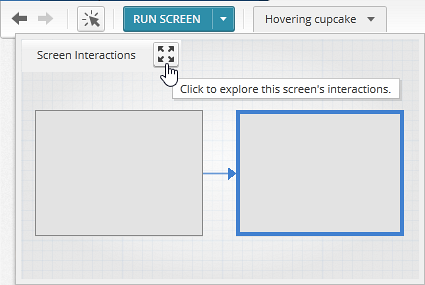 The Interactions Explorer appears and shows a diagram of the interactions and states designed for the screen. You can see you have the Start state and Hovering cupcake state, which you just created. Both states are connected by the interaction added to the image. 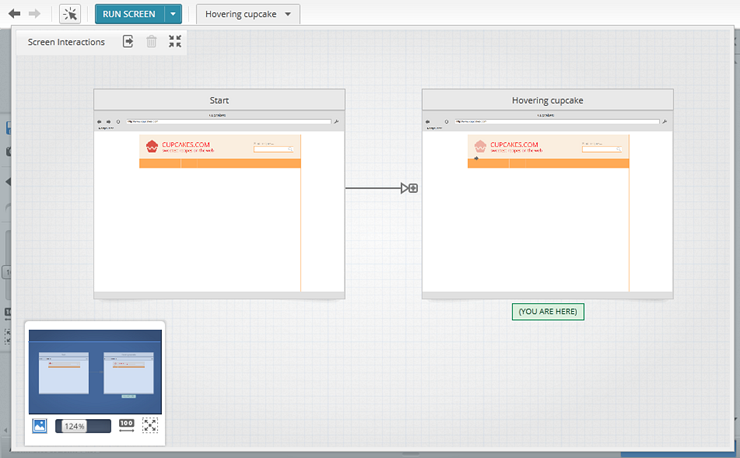 In the Interactions Explorer, hovering the mouse cursor over the arrow shows information about the interaction.

Do you want an animated interaction? If so, see the following topic: Adding Animations to Your Interactions.